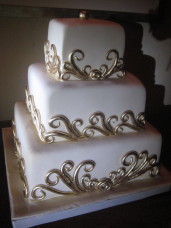 Today I was near downtown at the El Cortez to provide San Diego wedding DJ and lighting services for a ceremony & reception. It was in the forecast to likely be a very rainy day here in San Diego. Our bride and groom knew this was going to be a problem for their planned outdoor ceremony so they had a tent setup outside on the El Cortez patio. The ceremony and our bride’s uncle performed ceremony which was held facing the fireplace. He was really able to add a personal touch to the couple’s stories & vows.

Our couple met in high school and one memory that was brought up during the wedding ceremony was the fact that our groom always remembers his first kiss on the cheek with her. He graduated a few years before her & went on to college at USD. During this time they broke up for a while & moved on their lives. They both went their separate ways during college. Seven years went by… They didn’t totally lose touch during this time because when they were both in San Diego during holidays and summer they had a similar group of old friends. Our bride eventually moved back to San Diego. Once back they began to spend more time together and both realized they felt a little differently towards each other. They were a little older, wiser, more understanding, & slightly more mature. They learned how to value each other and eventually decided to get engaged & married. The bride’s uncle ended the ceremony with a great saying: “It only takes a few minutes to marry the one you love but it takes a lifetime to learn how to love the one you marry.” 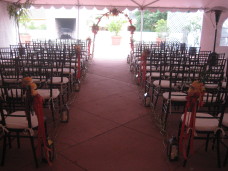 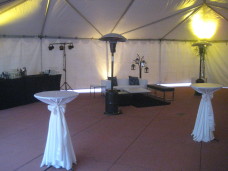 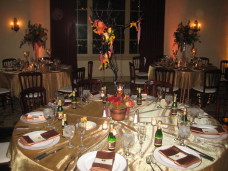 Once inside the reception room our couple used lots of gold linens, candles, and manzanita branch centerpieces to complete their fall themed wedding. As a unique wedding favor our bride and groom decided to give each guest a personalized bottle of champagne. Our couple hired me as their San Diego wedding DJ but they also knew that they wanted to hire me to provide quite a bit of lighting for the reception ballroom inside the El Cortez. Our couple felt that the reception room tends to be on the darker side of things so it needed quite a bit of lighting to really make it look good. We were originally going to also add some lighting to the outside patio space and on the fireplace but because of the rain we had to pull everything inside. I used 20 uplights in various fall themed colors, cake spotlighting, and a gobo monogram projected down onto the dance floor to give the room a really warm and interesting look. 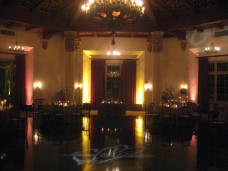 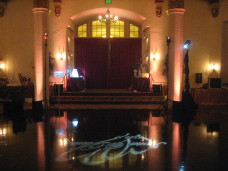 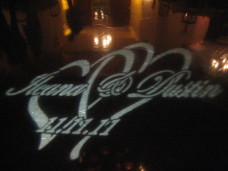 After the meal we kicked things off with the toasts. Our bride and groom made a very personal slide show that I projected onto an 8 foot screen as their “thank you” to family & friends. We then moved into the first dance and opened up the dance floor. Guests were a little slow to start dancing early on in the evening but after the cake they really warmed up and let loose. Everyone ended up having a great time. 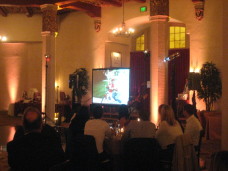 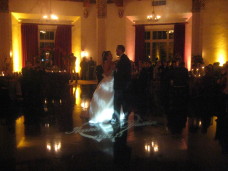 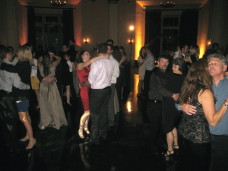 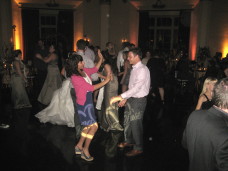 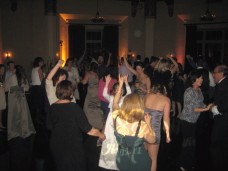 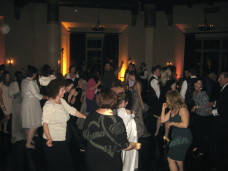 For more information about this event or to hire us as your San Diego wedding DJ click here:   Positive Energy Productions  |  858.490.0445

San Diego wedding DJ highlights from a ceremony and reception held at Park Manor Suites Hotel located near downtown. We started off the evening with the couples wedding ceremony held outside on the patio overlooking Balboa Park & the city. One unique wedding item was instead of having a guest book our couple had a wooden bench that each guest was able to write on and sign. They plan on putting this bench in the entryway of their new home. 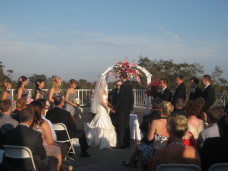 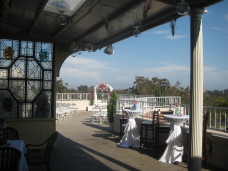 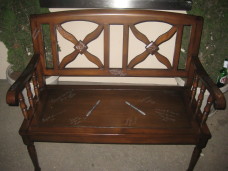 After cocktail hour outside on the patio guests entered the reception and dining room. Instead of having one cake they had a small cake with other cakes and desserts all displayed together. 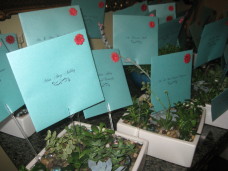 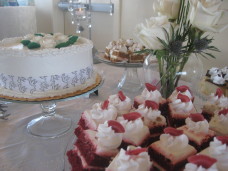 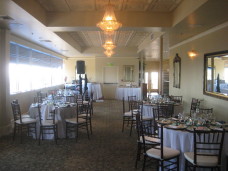 The tables were all uniquely decorated which added some interest to the room. There was a common theme throughout the tables with the same colors but each table had different centerpieces and different linens. Just before dinner we were treated to an excellent sunset. 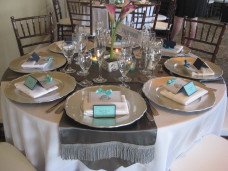 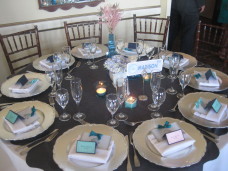 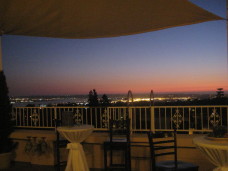 Our couple hired me as their San Diego wedding DJ but they were also interested in having me provide some uplighting in the dining area and near the dance floor. As you can see in the photos below it really adds a lot of color and warmth to the room, as well as, the photos. 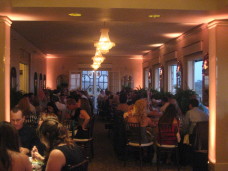 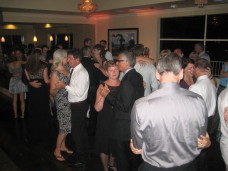 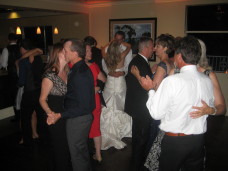 After dinner we kicked off dancing. We didn’t have too much time to work with at this point so as their San Diego wedding DJ I had to really try to fit as many songs in as I could in a short period of time. I mixed in and out of songs much faster than I normally would to really get a huge variety in there and play as many hits as possible. They definitely made the most of it! Dancing was non stop until we closed things out with our couple’s last dance. 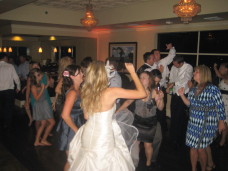 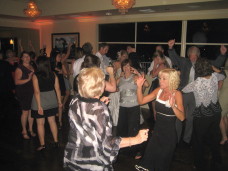 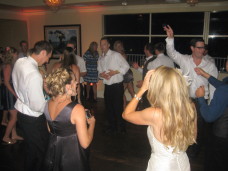